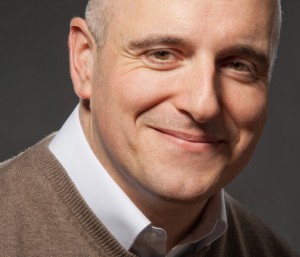 Christoph Steinbeck studied chemistry at the University of Bonn, where he received his diploma and doctoral degree at the Institute of Organic Chemistry. Focus of his Ph. D. thesis was the program LUCY for computer assisted structure elucidation. In 1996, he joined the group of Prof. Clemens Richert at Tufts University in Boston, MA, USA, where he worked in the area of biomolecular NMR on the 3D structure elucidation of peptide-nucleic acid conjugates. In 1997 Christoph Steinbeck became head of the Structural Chemo- and Bioinformatics Workgroup at the newly founded Max-Planck-Institute of Chemical Ecology in Jena, Germany. In Autumn 2002 he moved to Cologne University Bioinformatics Center (CUBIC) as head of the Research Group for Molecular Informatics. In December 2003 Christoph Steinbeck received his Habilitation in Organic Chemistry from Friedrich-Schiller-University in Jena, Germany. From 2008 to 2016, Christoph was head of cheminformatics and metabolism at the European Bioinformatics Institute (EBI) in Hinxton, Cambridge, UK. During this time, his group developed open chemistry databases for the biosciences, such as ChEBI, the dictionary and ontology of Chemical Entities of Biological Interest, and the MetaboLights database, a repository and reference database for Metabolomics.

Today, Christoph Steinbeck is Professor for Analytical Chemistry, Cheminformatics and Chemometrics at the Friedrich-Schiller-University in Jena, Germany

The Steinbeck group’s research is dedicated to natural products research, the elucidation of metabolomes by means of computer-assisted structure elucidation and other prediction methods, the reconstruction of metabolic networks and algorithm development in cheminformatics.

They further help developing a number of the leading open source software packages in Chemo- and Bioinformatics, including the Chemistry Development Kit (CDK), which was co-founded by Christoph Steinbeck

Chris is also leading the European e-infrastructure projects COSMOS (Coordination of Standards in Metabolomics) and PhenoMeNal (large scale computing with human metabolic phenotyping data), ), as well as the positional isomers working group of the InChI trust within the International Union of Pure and Applied Chemistry (IUPAC).

Over the course of his career, Christoph Steinbeck was founding editor-in-chief of the Journal of Cheminformatics, a director of the Metabolomics Society, chairman of the Computers-Information-Chemistry (CIC) division of the German Chemical Society, and established the German Conference on Cheminformatics. Christoph is a lifetime member of the World Association of Theoretically Oriented Chemists (WATOC),  a member of the Metabolomics Society, the German Chemical Society, as well as of various editorial boards and committees.